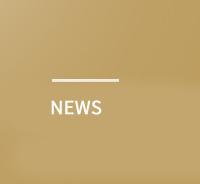 Information
The major investment behaviors and major property disposal decisions of listed companies such as asset reorganization, asset injection, and asset acquisition are often interpreted as major good news by the capital market. Many investors like to inquire about such news, and believe that relying on these so-called "inside information" stocks can get huge returns. But in fact, insider trading may not only be profitable, but insider trading itself is an act prohibited by law.
Song University professor Song has paid a huge price for insider trading together. He bought stocks based on inside information held by his former student, Chen. Instead of making money, he lost more than 410,000 yuan and was severely punished by the Securities and Futures Commission.
Mr. Chen acted as an intermediary for the merger and reorganization project of Company G. After Song contacted Mr. Chen by phone, before the company's stock was suspended, he bought 931,000 shares of company G with a value of about 7.163 million yuan. Although Song Mou took the lead in “behind the scenes” before the suspension of the G company's stock, but never expected that the parties to the transaction failed to reach an agreement on important matters and decided to terminate the reorganization. Due to the market's expected major reorganization matter, the stock price has been frustrated after the resumption of trading, and Song sold a loss of more than 410,000 yuan.
There is a way to respect the teacher, so don't report it to the teacher with "insider". Shi En didn't report, but the teacher lost money. Not only that, Song's actions also violated the provisions of the Securities Law on prohibiting insider trading, and it was difficult to escape legal sanctions. According to Articles 73 and 76 of the Securities Law, insiders who know inside information and people who illegally obtain inside information must not buy or sell securities of the company. Interpretation of the Supreme People's Court and Supreme People's Procuratorate on Several Issues Concerning the Specific Application of the Law in Criminal Cases Dealing with Insider Dealings and Disclosure of Insider Information. Article 2 also stipulates that, during the sensitive period of insider information, contact and contact persons with insider information, If the insider information is related to a securities transaction, the relevant transaction behavior is obviously abnormal, and there is no legitimate reason or source of legitimate information, it is insider trading. According to Article 202 of the Securities Law, Song was fined 600,000 yuan and a 10-year stock market ban.
This story tells investors not to believe the so-called "inside information" of relevant personnel, and not to ask such information to relevant personnel. The rash purchase of such stocks involves both the risk of long suspension of trading and the risk of failed asset restructuring. What is more serious is that such "inside information" that has a significant impact on the company's stock price cannot be leaked in advance. Asking insiders who know such information, using this information to buy and sell stocks is itself an illegal act, regardless of the ultimate Whether it is profitable will be punished by law. Therefore, investors must pay special attention to the investment risks and legal risks contained in "inside information", and do not simply "listen to the news" and "listen to the story" to buy the so-called asset reorganization stocks. Trading should still insist on value investment and establish the correct investment philosophy: real good stocks are not so-called "information stocks" and "concept stocks", but those that have the ability to create good performance and can bring continuous returns to investors Company stock.
Previous: Case of "Investor Protection · Clear Rules and Knowledge of Risks" —— Leakage news is not a trivial matter
Next: Case of "Investor Protection · Clear Rules and Knowledge of Risks" —— Pushing Stocks Beware of Punishment
Previous: Case of "Investor Protection · Clear Rules and Knowledge of Risks" —— Leakage news is not a trivial matter
Next: Case of "Investor Protection · Clear Rules and Knowledge of Risks" —— Pushing Stocks Beware of Punishment